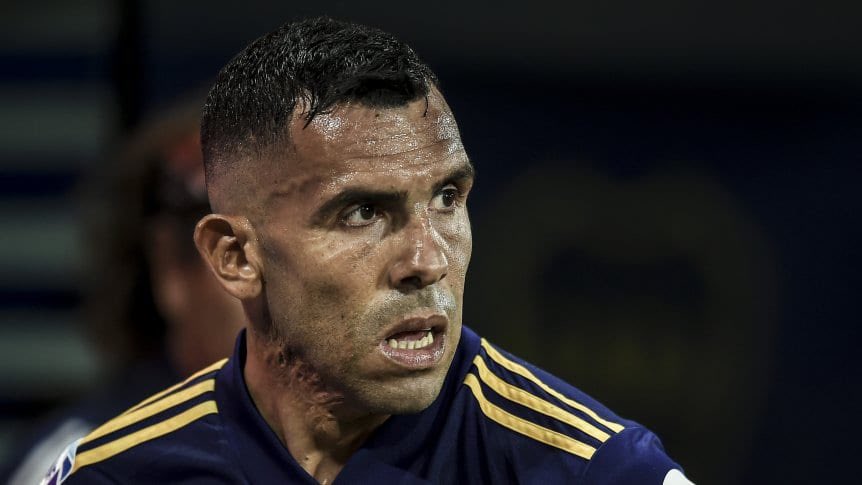 Tevez, 37, already has three offers from the MLS according to the report via ESPN. It was revealed that the veteran attacker is considering a move to the United States of America.

Carlos Tevez could end his career in the MLS if he accepts the offer from one of the three teams interested in signing him. The clubs keen on signing the former Argentine national team player are Minnesota United, Atlanta United and Inter Miami.

Experienced striker Tevez could link up with former Boca Juniors teammates Ramon Alibaba and Emanuel Reynoso at Minnesota United if he decides to pick the club ahead of Inter Miami and Atlanta United.

Atlanta United might be less attractive for Carlos Tevez at the moment after the club sacked former teammate in the national team, Gabriel Heinze. Ex-Manchester United and Paris Saint Germain (PSG) defender Heinze was dismissed from his role as the Atlanta United boss after an average start to the new MLS season. Atlanta United made Heinze their manager towards the end of last year. Heinze and Tevez played together in the Argentine national team for several years.

Inter Miami is the third team keen on signing Carlos Tevez in the MLS. The club is co-owned by Manchester United legend David Beckham and he knows a lot about Tevez who was a Manchester United player for two years between 2007 and 2009 before crossing over to city rivals Manchester City.

Tevez could team up with former Argentine national team player Gonzalo Higuain at Inter Miami. Higuain and Inter Miami are presently on a poor run of six straight defeats under manager Phil Neville.