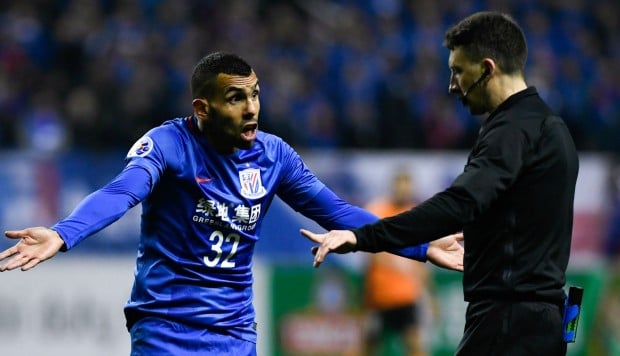 Meanwhile, the publication also seemed to suggest Tevez was paid his wages alone while his teammates were left empty-handed in their pockets. Shenhua vice president Bruce Zhou has now come out in the support of his high-profile striker while he admits that all clubs in the league have paid up the wages in full.

“Since Tevez joined Shenhua the rumours never stop. To be honest, we are tired of refuting rumours now. The sensible people won’t believe this for even a second,” he told the Post. “Firstly, we did receive the notice from AFC, but none of the clubs failed to pay their players’ salaries and bonuses, we can rule out that possibility because nowadays every club is under strict management. No club dares to do so, especially when it comes to foreign players. If the players bring this kind of cases to FIFA, none of the clubs can get away with it.”

Tevez has made a slow start to his Chinese Super League career with just a solitary goal to date, but he is still happy to ply his trade in the Far East where his family have settled.