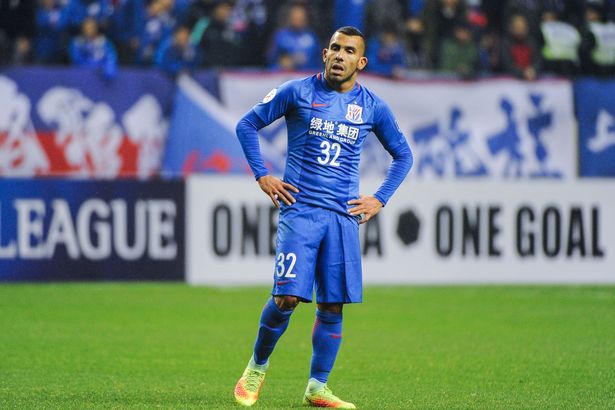 After a 2-2 draw against Chongqing, Shenhua are in the lower rung of the table, further infuriating fans that were already expecting more from the presence of Tevez. Injury and inconsistent form has limited the contributions of Tevez, a top star that has traveled around the world playing in South America, England for West Ham, Man City, Man United and Italian side Juventus.

He had an assist in the 2-2 draw but has scored just once since arriving China. Fans see him as “clumsy” and “very naïve” with poor attitude.

Manager Gus Poyet is under pressure and there are reports in South America that Tevez could return this summer. Poyet had to apologize to angry fans after the draw, claiming the team “made two big mistakes in defence and conceded two goals.”

Fans are calling for him to be sold or released, so he leaves rather than collecting a fat salary which prompted his move and adding nothing. After six games without a win, considering the expenses pre-season, Poyet could lose his job and Tevez released when the season ends. Well, except a miracle happens.