Although not a lot of people, especially Manchester United fans, will believe, the club’s former striker Carlos Tevez has insisted that the Red Devils are a club of his heart regardless of what anyone else thinks or says about it. Not many will be blamed for doubting his latest comments because of the sort of controversy that surrounded his exit from Old Trafford the year after signing for them. Tevez was signed on an initial loan agreement as he joined from West Ham United but after having a brilliant spell at Manchester United, Sir Alex Ferguson decided that he would sign the Argentine forward on a permanent deal. 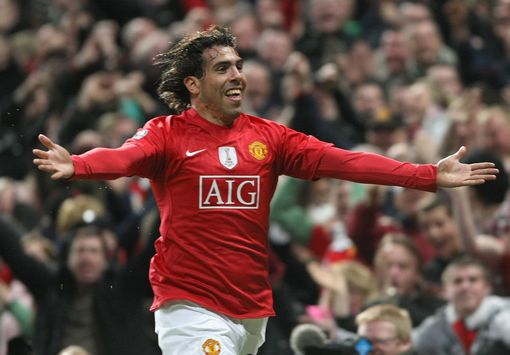 The attacker then called Old Trafford his permanent home after signing on the dotted lines and things continued going rosy until he started being too hungry and defiant. Sir Alex Ferguson saw a couple of reasons why he needed to put Tevez on the bench but the striker reacted badly to such a decision. Tevez would openly react angrily to being substituted from a match and it continued like that for a while. However, the situation took a huge twist on the night of the UEFA Champions League final between Manchester United and Barcelona which United lost.

Tevez was benched for the match and since then he made it clear that he wanted to leave for another club. United were reluctant to sell him but he handed in a transfer request and with Manchester City knocking on his door, he was eager to join United’s fierce rivals. The striker sealed a move across the city and he was unveiled as Manchester City’s new player.

He never showed any single love for United since then and that’s the main reason most people would not believe his recent comments that he holds the Red Devils at heart.