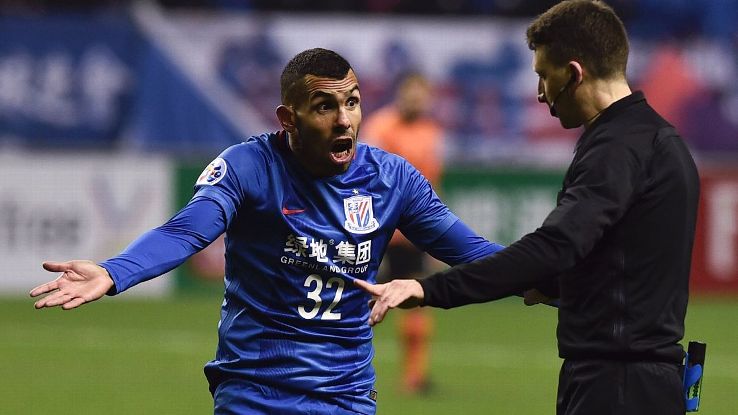 The contract of Carlos Tevez forces him to stay with Shanghai Shenhua at least until December of 2018 but there are various ways that a premature exit from the Chinese club could be done.

If the player himself wants to leave, then he has to pay a fee and just make his way out or if the club itself releases him. These are just a few of the ways that Carlos Tevez could leave Shanghai Shenhua before the expiration of his own contract.

Despite having only joined the Chinese club around 7 months ago, Tevez has already angered fans of Shanghai Shenhua as he was seen on Disneyland while his team was playing a match and he was believed to be injured and unavailable to play.

Another reason of why Carlos Tevez has not turned into a fans favorite in his new club is due to the fact that the Argentine forward has only scored 2 goals in 8 appearances which is an extremely low amount for a player who is believed to be earning $41 million each year.

There are rumors going on claiming that Tevez could be making a return to either the Premier League or his hometown Argentina and considering just how disappointing and underwhelming, things have been going for him in China, a return to his roots could be a wise decision.